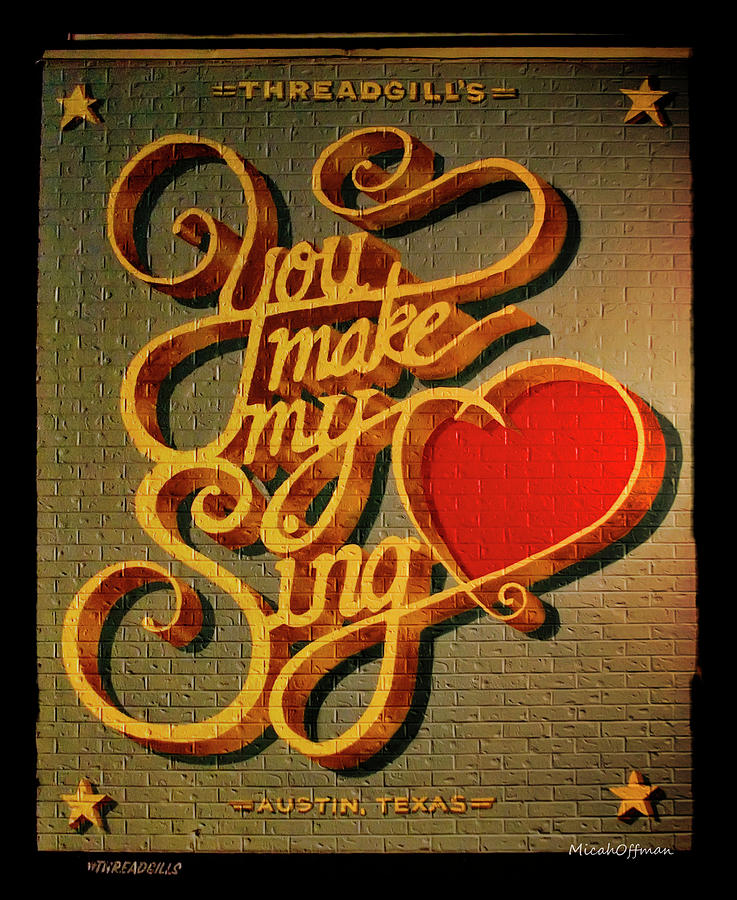 You Make My Heart Sing

You Make My Heart Sing

From "wild thing" famous song from The Troggs, covered by Jimi Hendrix: "you make my heart sing". In 1996, Threadgill’s World Headquarters was opened in south Austin, right beside the residence of the Armadillo Headquarters. Wilson has made a distinction between the two locations: the original location on North Lamar has the theme of Austin between the 1930’s and the 1960’s. The south location celebrates the history of the Armadillo and its salad days of the 1970’s. The memorabilia of the Headquarters represents the hey-day of this era from the juke box which contains many of the artists who played the Armadillo.

Thank you so much. Gary!

CONGRATULATIONS! It is my great pleasure to FEATURE this special piece on the homepage of the FAA Group Addiction Recovery Art with Text, 01/06/2018! Don't forget to post it in the Features Discussion thread for posterity!