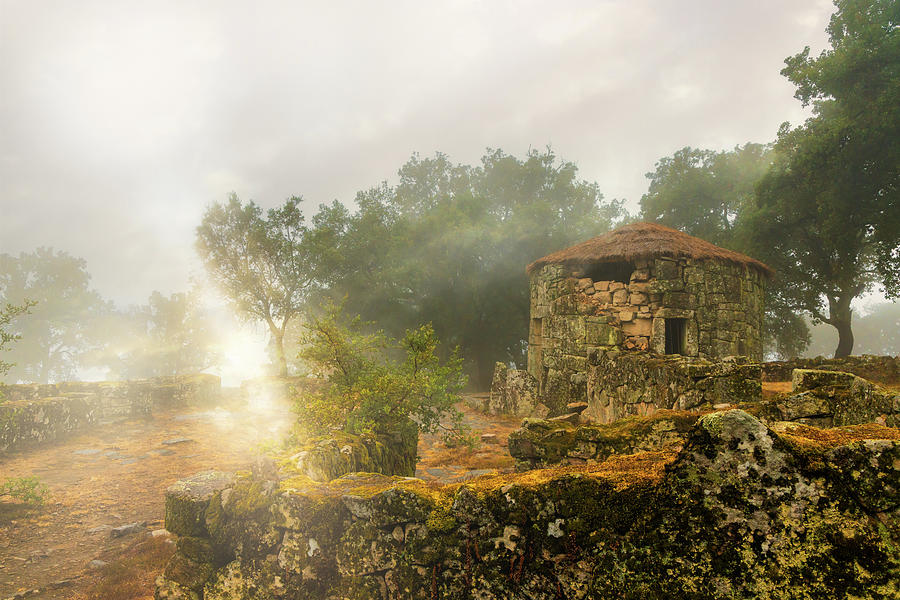 Citânia de Briteiros is the largest and most thrilling fortified Celtic-Iberian settlement. Situated near Braga, in Portugal was the very last stronghold of the northern Celtic-Iberians against the invading Romans.
Some of their single-roomed stone dwellings were found miraculously intact with their original foundation.
Citânia de Briteiros dates back more than 2,500 years, although is very likely to have been abandoned by 300 A.D. while the fog, typical of every Celtic settlement, still remains intact even today.