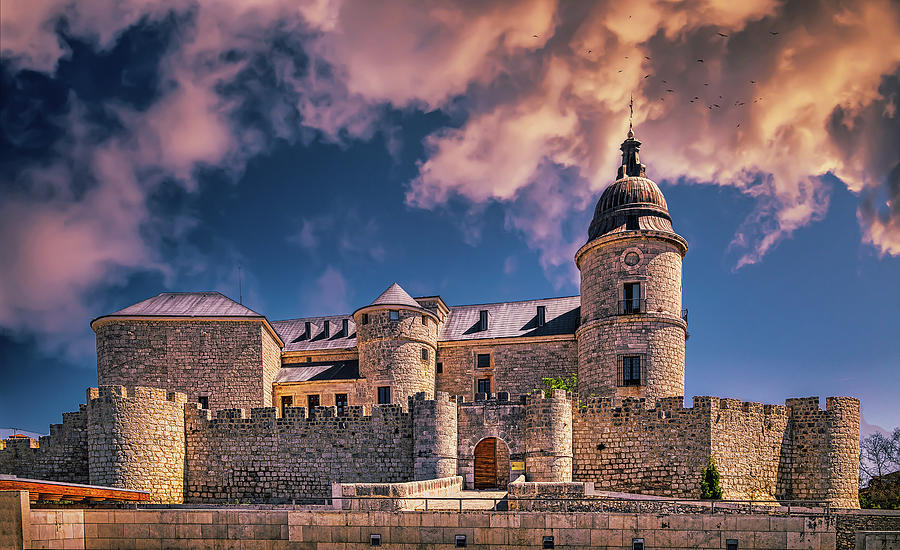 The Castle of Simancas

The Castle of Simancas

The site of the castle was a Moorish fortress located in Simancas, province of Valladolid, Spain.
In the 15th century, a new fortification on top of the existing ruins was constructed and added a chapel. The new castle was seized by the Spanish Crown during the reign of the Catholic Monarchs and turned into a prison.
In 1540 the Archivo General de Simancas was established in the castle, which housed one of the most important archives in Europe with 35 million documents. The castle was put under the protection of the Spanish government in 1949.
The castle is open to researchers and maybe one day they will find the orders given to the conquistadors to destroy the Aztec empire.

Congratulations! Your fantastic photographic art has been chosen as a Camera Art Group feature! You are invited to archive your work in the feature archive discussion. There are many other discussions in the group where you can promote your art even further more.