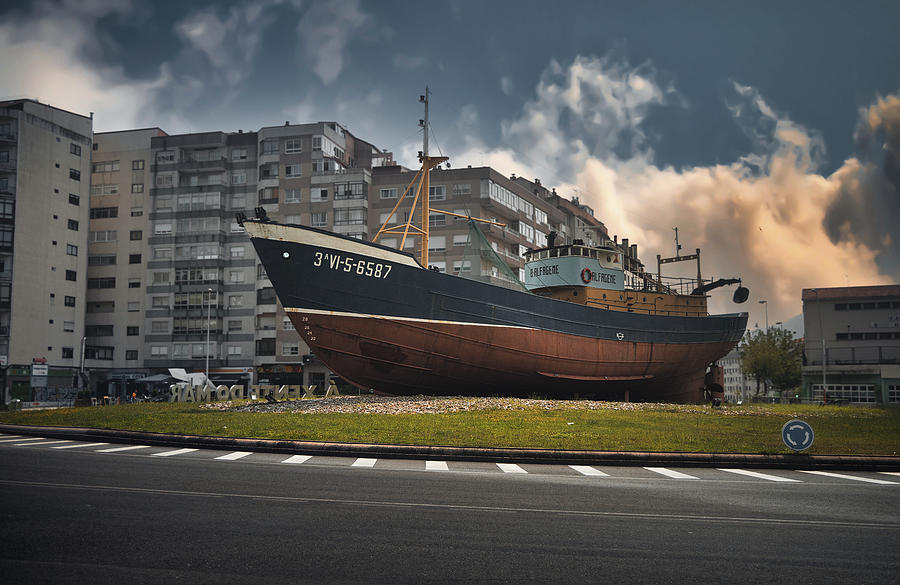 Low tide on the roundabout

Low tide on the roundabout

This vessel was built in 1944 at Barreras by a Spanish privately owned shipyard.
This is the only surviving trawling vessel made of riveted steel in Spain during the first half of the 20th century and in 2000 was placed on a roundabout of the city of Vigo emblematic testimonials "A xente do Mar" (the sea folks)

Congratulations, your wonderful image has been featured on the Homepage of the Candid Street Photography Group, please feel free to add it as a permanent record to the Discussion thread for featured images