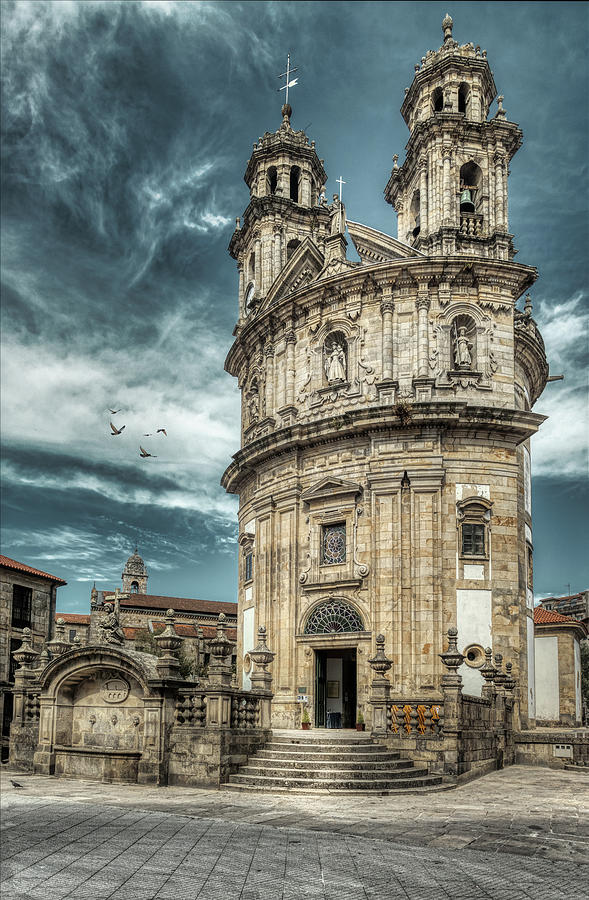 The church of La Peregrina has an unusual design.
It was built in Pontevedra (Spain) between 1778 and 1832 according to plans by Antonio de Souto and Bernardo José de Mier, typical of the late Baroque with early neoclassical elements, its greatest originality lies in its floor plan in the shape of a scallop shell and its convex façade flanked by two towers.
So the Masonic architectural elements are encapsulated in its roundness and developed in height perhaps to find a spot in the square size and the shape of a scallop shell, indicate that it was intended for use by pilgrims on the road to Santiago.

Congratulations! Your fantastic photographic art has been chosen as a Camera Art Group feature! You are invited to archive your work in the feature archive discussion. There are many other discussions in the group where you can promote your art even further more.