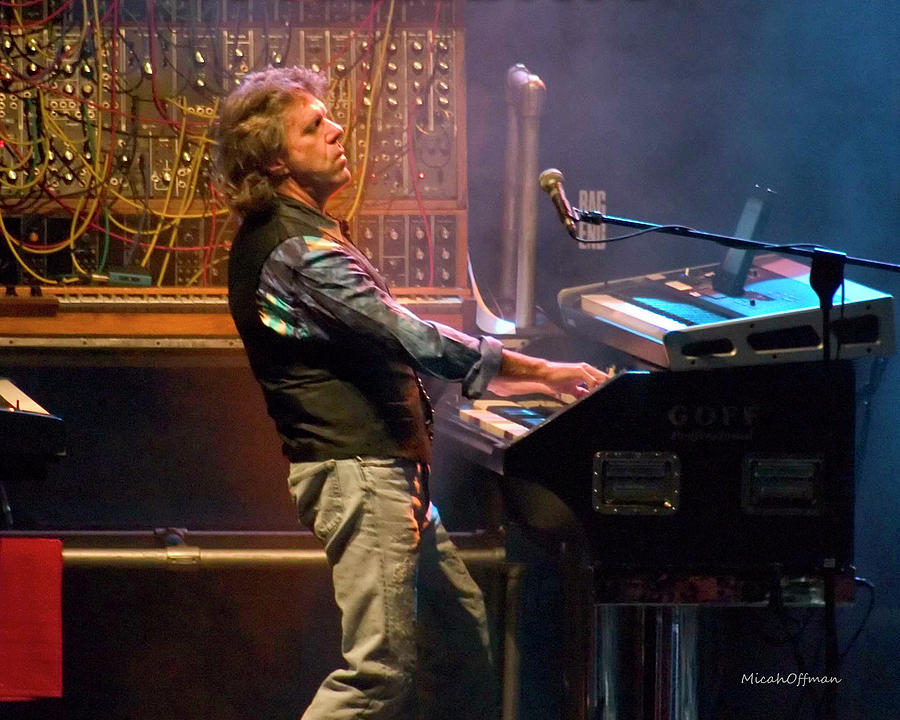 Keith Emerson (2 November 1944 – 11 March 2016) was an English musician, unsurpassed pianist and composer. He became internationally famous for his work with the Nice, which included writing rock arrangements of classical music. After leaving the Nice in 1970, he was a founding member of Emerson, Lake & Palmer (ELP), one of the early progressive rock supergroups, becoming one of the best-known progressive rock groups of the '70. Emerson wrote and arranged much of ELP's music on albums such as Tarkus (1971) and Brain Salad Surgery (1973), combining his own original compositions with classical or traditional pieces adapted into a rock format.

Congratulations on your sale!

Micah, this shot is incredible! You captured the mood and feeling of his presentation! Great capture!

Thank you so much, Shelia! Keith Emerson was one of my heroes, after suicide most people wanted to remove him from their memories but for sure not me

Congratulations on your recent sale of an amazing work....“When you want to make the main color pure and bright, don’t just keep adding bright colors on it. Just make the colors around the spot darker and dull. It will give the scene dramatical...